Bitcoin (BTC) retested the $30,000 support on Jan. 27 as a day of losses culminated in violation of the psychologically significant price level. 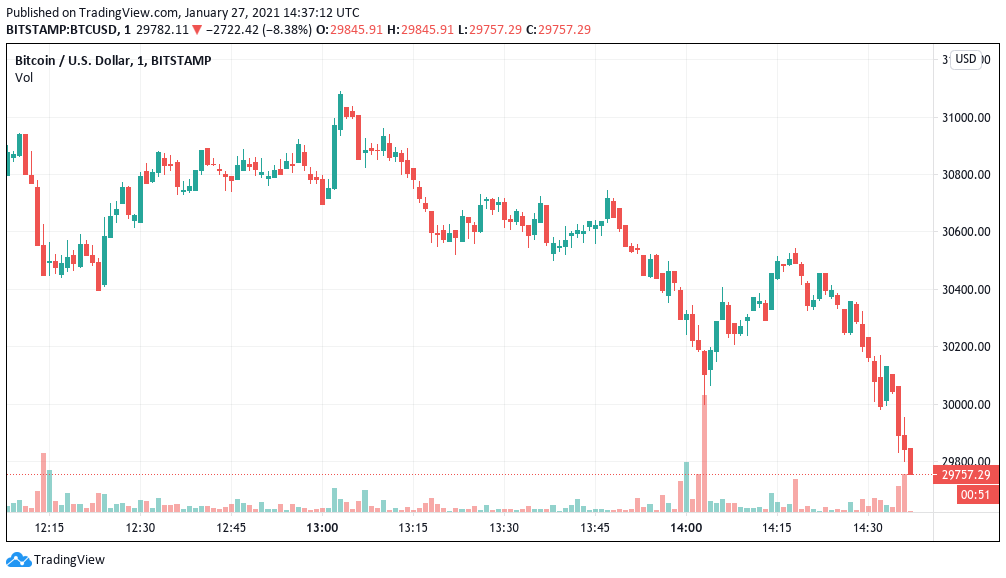 Data from Cointelegraph Markets and Tradingview showed any bullish momentum left in Bitcoin dissipate on Wednesday after rejection at highs near $33,000.

Despite aiming for another test of monthly lows, Bitcoin’s price action hardly surprised regular market participants. For fellow trader Scott Melker, it was a case of “wait and see” until the longer time frames completed.

“6 hour looks the same as 4 hour. 12 hour needs 10 more hours, so barely worth watching. But the potential is there. Bottom line: no clear signal yet, but worth keeping an eye if they can build up,” he wrote in part of a series of tweets on Wednesday.

The resolution of current price action would, nonetheless, be a “moment of truth” for BTC/USD, he said.

As Cointelegraph reported, attention was broadly focused on GameStop stock throughout the day, after its 700% fortnightly gains caught the attention of both the media and regulators.

Likewise defying expectations was movie theater chain AMC, which gained 240% in a day after avoiding bankruptcy.

Bitcoin, despite being a more cost-effective buy-in than at almost any time since Christmas, failed to hold the limelight.

Data from on-chain monitoring resource Whalemap highlighted an area at $29,300 as likely support in the event of a $30,000 breakdown. 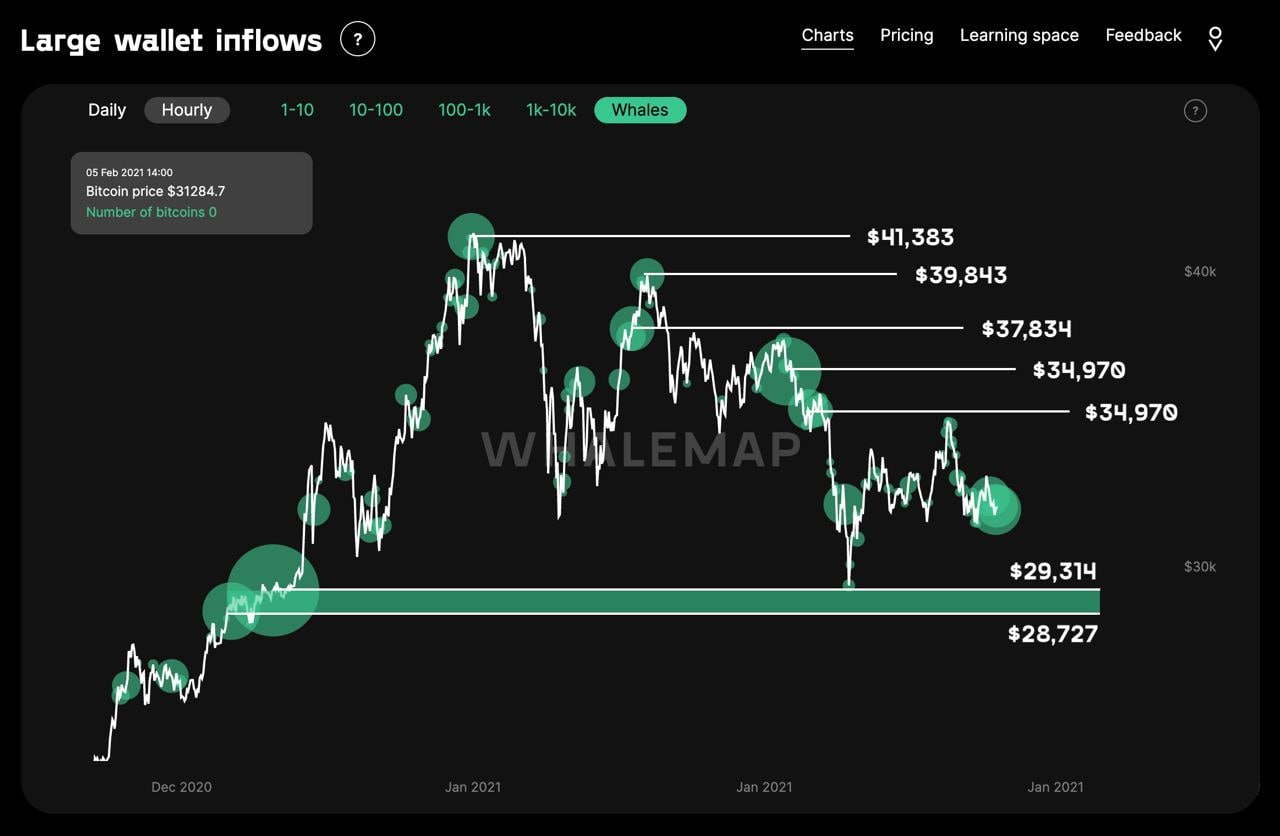 Also worth noting is the Dollar Currency Index (DXY) showing its traditional inverse correlation with BTC as the markets opened on Wednesday. The DXY rebounded to its highest level in nearly two weeks while BTC and stocks pulled back.

Cryptocurrency skeptics meanwhile used the GameStop debacle to pour scorn on Bitcoin and those who argued that decentralized investment was a beneficial phenomenon.

“Attention #Bitcoin HODLers: The only people who will walk away with any real winnings from the #GameStop short-squeeze will be those smart enough to sell. Those who HODL will likely lose it all. Bitcoin HODLers will meet the same fate if they fail to realize their paper profits,” gold bug Peter Schiff tweeted.

A glance at the subreddit used for stocks plays, r/Wallstreetbets, meanwhile showed that user strategies focused on hodling, not selling, their newly profitable stock — at the expense of unprepared hedge funds.

“Never underestimate the power of the masses.”Quotes in this article taken from previously published sources have been lightly edited.