Data from on-chain analytics resource Glassnode confirms that as of Jan. 20, there were in excess of 2,400 large-balance wallets.

In 2021 alone, 164 new 1,000+ BTC entities were created, together controlling around $6 billion. While these may not all denote whales increasing their positions, the numbers feed into an existing narrative of wealth transfer which has characterized Bitcoin’s latest bull run.

As Cointelegraph reported, the 1,000+ BTC wallet category was the only one to increase in recent times, with smaller wallet holder numbers conversely dropping.

While some appealed to hodlers not to sell out to whales, others argue that these newly-minted big players will aggressively protect the value of their investment.

“Large inflows to whale wallets were happening at $29,314. They will be protecting their btc… This should be strong support for bitcoin in the short term, and hopefully long term,” monitoring resource whalemap summarized on Twitter this week. 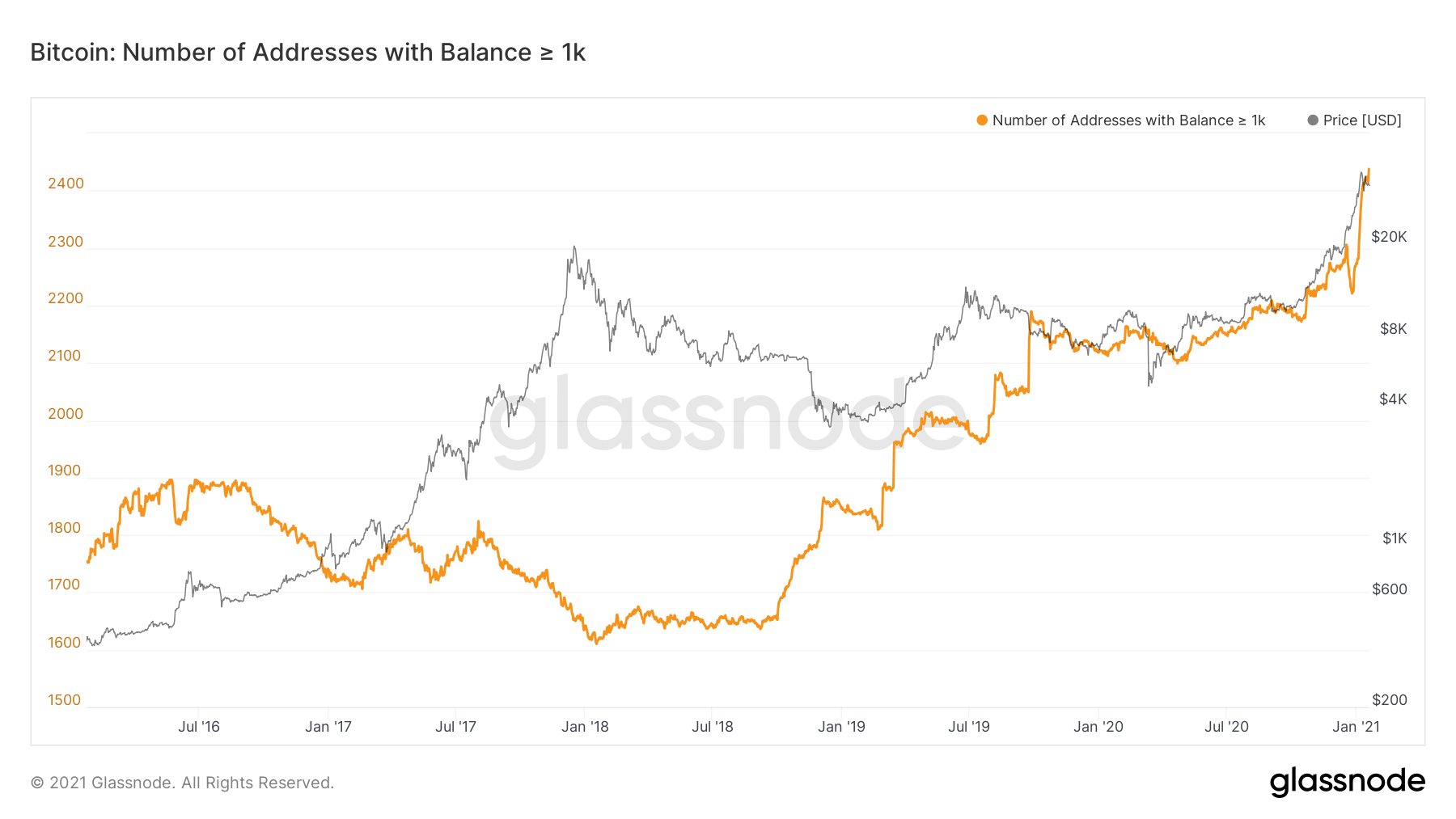 Bitcoin remains at a crossroads in terms of spot market price action, trading in a corridor between $30,000 and $40,000 throughout the week. At the same time, institutional giant Grayscale unveiled its largest-ever one-day BTC buy-in, which totalled over 16,000 BTC worth around $700 million.

“Strong part” of bull market yet to start

Looking ahead, however, and indicators continue to reveal extreme bullish upside potential for BTC/USD.

After Bitcoin’s thermocap pointed to the price being in the early stages of a bubble setup, volatility now suggests that the market is just getting going on its gains. A reference point, macro investor Dan Tapeiro suggests, seems to be early 2017 — the start of almost a year of uptrend. 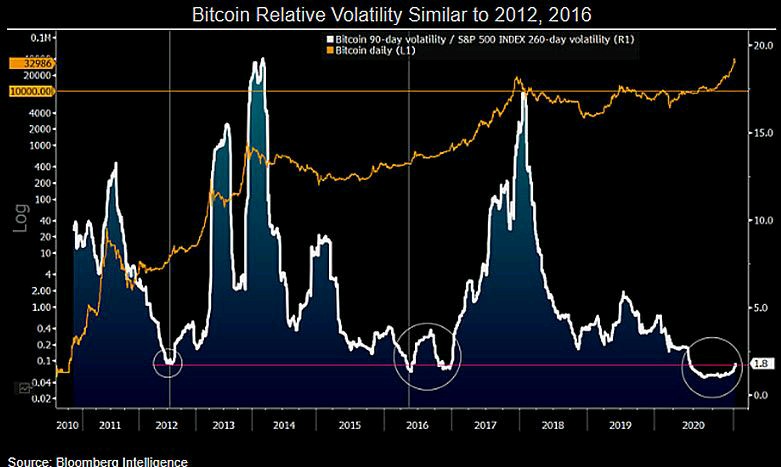 “Phenomenal chart. Strong part of the #bitcoin upmove has not started yet. Chart suggests we are in Q117 equivalent time period,” he commented uploading a combined graphic of Bitcoin 90-day volatilty relative to S&P 500 260-day volatility.

“Volatility measurement spikes at end of moves… now still near the lows. Hard to think #btc could 5-8x from here in 2021. Best to just #HODL.”Title: Bitcoin whales are betting $40K isn’t the top as data hints bull run is only beginning
Sourced From: cointelegraph.com/news/bitcoin-whales-are-betting-40k-isn-t-the-top-as-data-hints-bull-run-is-only-beginning
Published Date: Wed, 20 Jan 2021 11:00:00 +0000