In another throwback to the 2017 bull market, a major United States bank fund manager survey, or FMS, has put Bitcoin at the pinnacle of positive investor sentiment.

According to Reuters, 36% of respondents identified a long Bitcoin bet as the most crowded trade ahead of long tech in a Jan. 2021 survey from Bank of America.

January’s report marks the first time that ‘long tech’ has not been number one in BofA’s fund manager survey since Oct. 2019. The result also marks a steady increase in positive investor sentiment for BTC seeing as Bitcoin was third on the list back in Dec. 2020.

Indeed, the Dec. 2020 edition showcased a healthy appetite for risk assets with the majority of asset managers dropping cash for the first time since 2013. 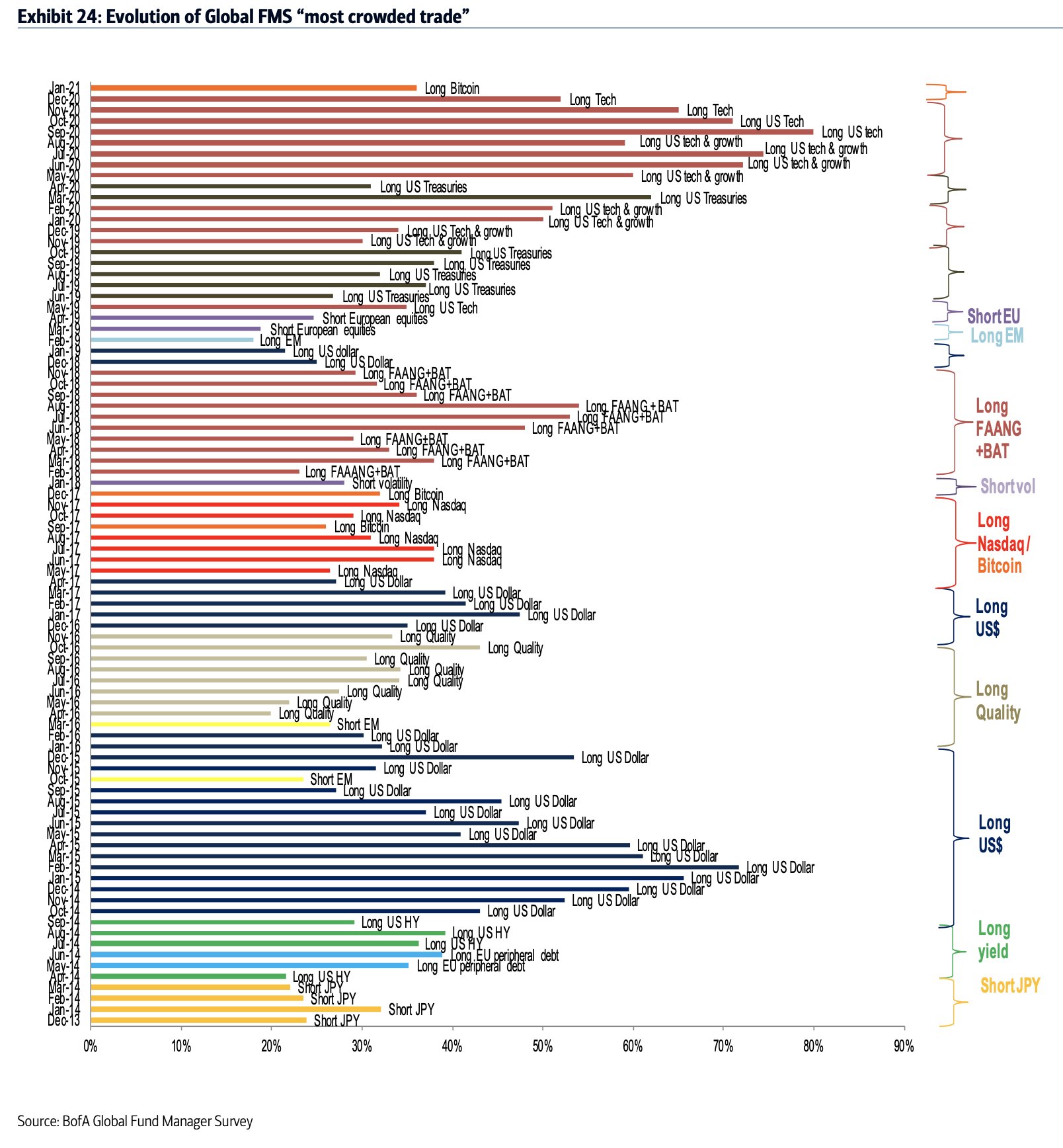 However, tech stocks are currently experiencing significant struggles in the market with both the Nasdaq Composite and the Dow Jones down by 150 and 90 basis points respectively, in the second week of January.

Back in 2017, long Bitcoin was chosen as the most crowded trade in BofA’s and Merrill Lynch’s global fund manager survey.

In another survey reported by Reuters, this time from Deutsche Bank, respondents characterized Bitcoin as being in a bubble. According to the report, more than half of the investors in the poll predicted a 50% price decline for Bitcoin before the end of 2021.

Bitcoin is currently showing signs of consolidation above the $36,000 mark which could be a catalyst for another attempt at its all-time high above $40,000. According to JP Morgan analysts, BTC needs to re-take $40,000 or risk another 30% correction.

at the time of writing, Bitcoin is up more than 26% year-to-date despite being about $4,000 shy of its ATH price achieved back on Jan. 8.