Capital inflows into crypto funds and investment products plummeted during the first week of January after posting new all-time highs in late-December.

According to crypto fund manager CoinShares’ Jan. 11 Digital Asset Fund Flows report, the first week of trading in the new year saw just $29 million flow into institutional crypto products. That’s a greater than 97% decline from the $1.09 billion invested during the week before Christmas. Volumes are likely to have been dampened by traders taking holidays over the new year.

However the firm also notes that December’s surging inflows have been followed by recent “evidence of potential profit taking,” with multiple crypto investment products recording weekly outflows in early January.

The report notes that Bitcoin funds have also produced stronger volumes recentl than during the December 2017 bull run, stating: “We have seen much greater investor participation this time round with net new assets at US$8.2bn compared to only US$534m in December 2017.” 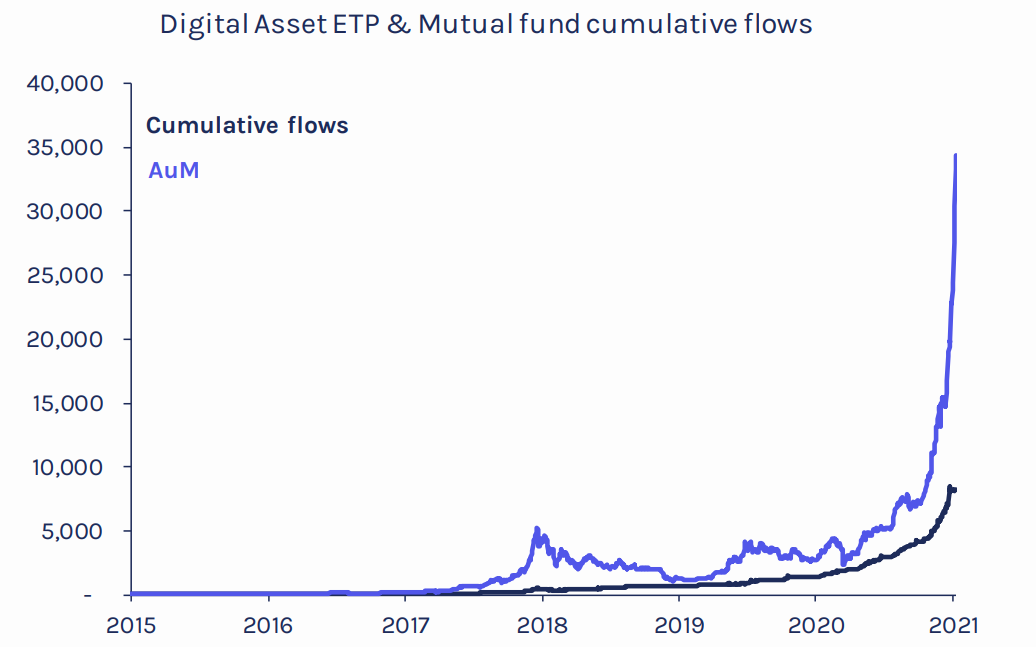 With sector-wide inflows consistently remaining positive since May 2019, the report asserts that crypto is seeing “increasing use as a store of value.” CoinShares’ CEO, Jean-Marie Mognetti, recently stated:

“The narrative shift around Bitcoin over the last six months has been profound. Investors used to consider it a risk to allocate to Bitcoin. Now it’s a risk not to allocate to Bitcoin.”Title: Profit taking? Institutional crypto fund inflows drop 97% in three weeks
Sourced From: cointelegraph.com/news/profit-taking-institutional-crypto-fund-inflows-drop-97-in-three-weeks
Published Date: Tue, 12 Jan 2021 01:11:42 +0000