Bitcoin (BTC) is continuing to rise to new heights above $35,000 on Jan. 6 as U.S. buyers on Coinbase further drive up the price. But the BTC futures market’s funding rate is also surging alongside futures open interest.

The combination of a high funding rate, whales in Asia selling, and a record-high futures market open interest raises the chances of a short-term correction. 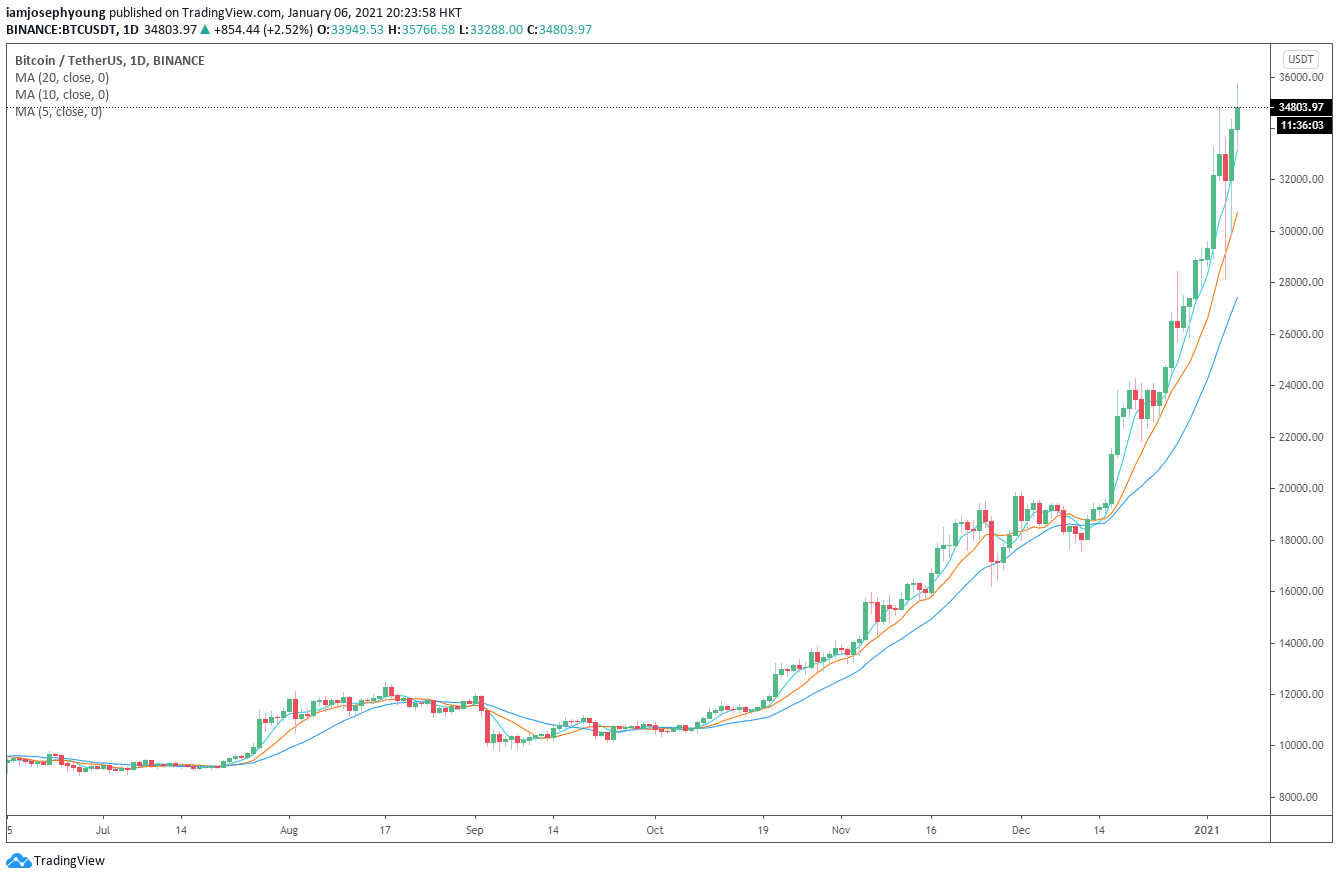 What’s more likely, a correction or a continuation of the Bitcoin rally?

Currently, as Mechanism Capital’s Andrew Kang noted, the aggregated open interest of the Bitcoin futures market is at a new record-high. He said:

“Aggregated Open Interest for BTC Futures/Swaps has risen to $11B Traders are currently paying >$5B in annualized interest for the privilege of longing the corn.”

The problem is that the market is overleveraged and overwhelmingly longing Bitcoin. The term longing means buying BTC with borrowed capital in the derivatives market.

The funding rate of Bitcoin in the futures market has exceeded 0.15%. On average, the BTC funding rate hovers at around 0.01%, so it is about 15-fold higher than the normal rate.

Funding is a mechanism that futures exchanges use to find balance in the market. Every eight hours, long or short contract holders have to pay a fee to one another. Longs pay shorts if the market is majority long, and vice versa.

If the funding fee is above 0.15%, it means that the market is extremely overheated and the vast majority of the market are longing Bitcoin.

This trend raises the probability of a long squeeze, wherein long contract holders are forced to adjust their positions if the price of Bitcoin declines.

If the open interest of the market is at an all-time high, the chances of a larger long squeeze further increase.

Whales in the Asia market have also been selling large amounts of Bitcoin in the past week. Data from CryptoQuant show massive inflows of BTC into Bithumb, South Korea’s biggest exchange.

Nevertheless, many positive bullish factors remain including the hash rate. The Bitcoin hash rate is rising toward new all-time highs, according to analysts at Intotheblock. They said:

“Bitcoin is continuing to set new highs, breaking above $35,700 for the first time ever on Jan 5. $BTC is now up 74.9% since breaking the previous ATH on December 16. As the price continues to go up, the Hash Rate is also pushing towards new records.”

In the near term, outflows from Coinbase is the most important metric to watch to gauge the short-term sentiment around Bitcoin. 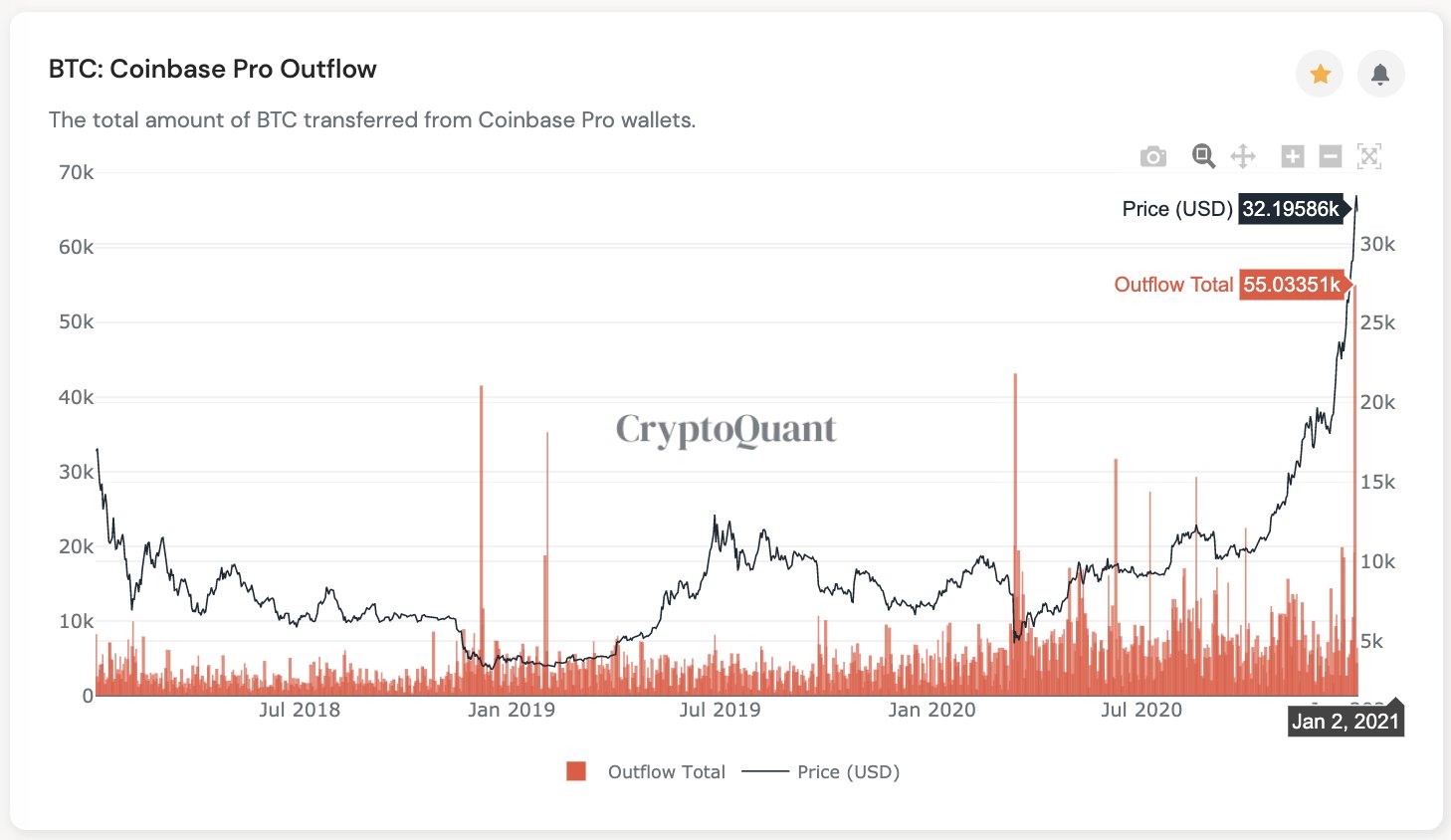 “FYI, Coinbase outflow on Jan 2 was an all-time high. It seems institutions bought $BTC when the price above 30k. $BTC bull market isn’t over.”

If the Coinbase outflows and premium remain high, the probability of a large correction should decrease in the foreseeable future.